I can’t answer for myself however I can answer for close friends of mine. They adopted a black lab and on nine of the adoption papers did it mention that the puppy was a biter. As a matter of fact the paperwork said he was great with people, children and other animals. They found out the hard way that the puppy will bite anyone and everyone. They have each been biten at least 4 times each. The dog loved me and even guarded my car if he saw someone around my car. I was visiting one day and he was playing with a stuffed animal toy. As he played he was pulling all kinds of fuzz out of the toy and as a dog owner myself I didn’t want to see the dog eat the fuzz so once he put the fuzz down about 7 or 8 times I picked up the fuzz as I do with my own dog. The next thing I heard was a deep growl and he had my right wrist in his mouth and wasn’t letting go, I could see quite a bit of blood coming out of my wrist so I tried telling him to get down but when that didn’t work I kicked him hard enough for him to let go but it wasn’t over then, he dropped my wrist then grabbed my fingers. By that time I knew I couldn’t get him off of me unless I gave him another kick. Finally I was free, and running to their bathroom to wash my wrist with water. I was petrified that he had hit something in my wrist that might cause it to never stop as happens when people slit their wrists. My friends came into the bathroom and helped stop the bleeding o my wrist and fingers. They wrapped it as best they could and I went home. My boyfriend saw my injuries and flipped out but calmed down enough to help stop my wrist from bleeding and put medicine on it to keep it from getting infected then put a bug butterfly bandaid on it. My fingers weren’t hurt as much. I was never afraid of a dog in my life until that happened. It never would have happened if the adoption agency had told the truth on the adoption papers. I didn’t report the dog because the people were friends but it didn’t stop biting and has biten them again a few times. My only thing I made them promise was that they wouldn’t let their dog anywhere around other people or children and they have done so far.

Related story  Can my puppy use dollar tree toys

I can share what most people new to rescuing any animal should know:

I wish someone had told me to get over my preconceived notions about certain breeds, and to focus on the kinds of dogs that are least likely to be adopted from shelters. I’m talking about pit bulls, chihuahuas, black dogs (they aren’t adopted as much because they don’t photograph as well), senior dogs, and dogs with medical issues. These are the dogs that are killed at much higher rates than others. 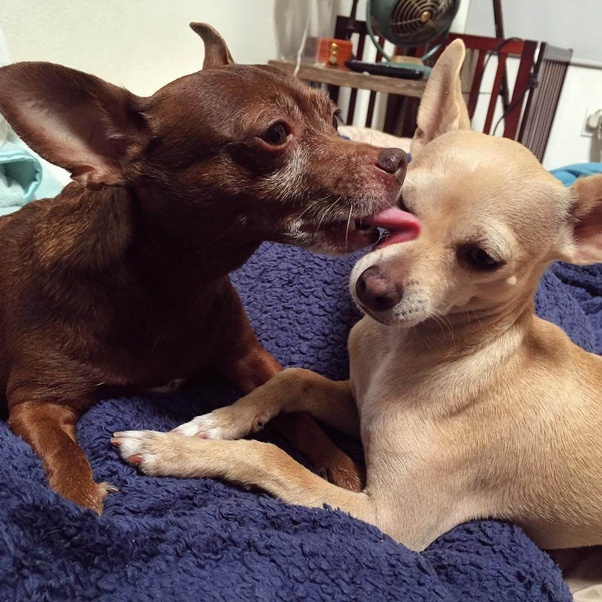 (two of my sweet rescue babies, adopted almost exactly one year apart, right around the 4th of July which is one of the most dangerous times of year for shelter pets)

I love and adore my terrier mix (my first rescue), and I of course don’t regret rescuing him nearly a decade ago, but when adopting now, I only seek out dogs that fit into at least one of the previous categories. My husband and I now live with four rescue dogs; one is my original terrier, and the others are all chihuahuas rescued from a high-kill shelter in Orange County, CA.

I used to think chihuahuas were yappy and mean, because that’s how they’re depicted in the media. I was so wrong. Only one of ours is aggressive, and that’s because he was severely abused. Once you win him over, he’s incredibly loyal. The other two are just angels who love everyone and everything.

I wish more people would consider these issues before choosing a pet. They ALL have love to give, and there are few things more rewarding than truly knowing you’re saving a life. 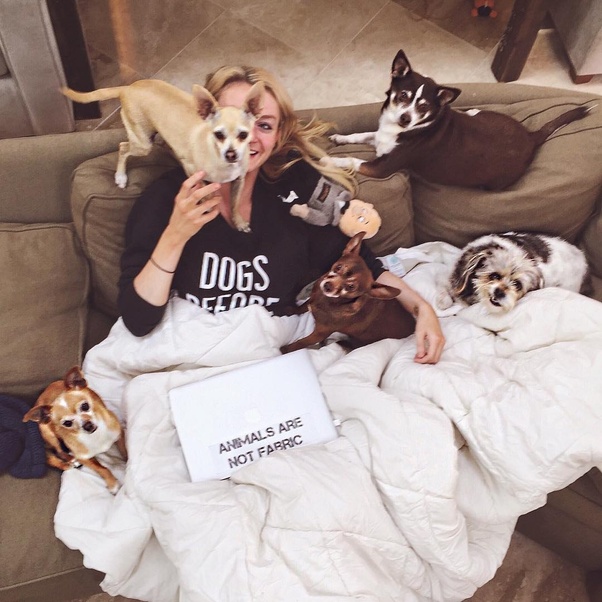 My happy place. See more of my rescue family at our Real Housedogs of Colorado account!

Related story  What does Redline mean?

I wish someone had told me, far before we adopted our first rescue dog, how rewarding getting involved with dog rescue was going to be. I wish I’d started a couple of decades sooner.

What an overwhelming good experience it would be.

Yeti, my first rescue, was the most amazing dog ever. I have a brilliant dog now, and I wouldnt trade her for the world, but Yeti was one of a kind.

I’ve never had a rescue dog but I wish shelters would be truthful, and I wish they’d steer people to less popular animals like black cats or older animals.

He wont sleep in your bed . amd he sheds endlessly and stock up on squeaky ducks.. It would have been nice to know that stuff

This is a short story of a Dog Finds Her “Twin” While Going To The Shop, Convinces Its Proprietors To Adopt Him Instantly | The Grebes